Quito and beyond: 3 things to do in Ecuador after a Galapagos trip

There is no single reason, there are several reasons why Quito is considered one of the Leading Destinations of South America and one of the Best Destinations to Discover. It’s home to some of the most historic landmarks in the city with all its preserved colonial-era structures. As a matter of fact, Quito was the first city to be named a UNESCO World Heritage Site, and that’s due largely to Centro Historico.
At the highest elevation of any capital in the world, as well as the closest to zero latitude, Quito has increasingly become a point of interest in itself for its historical district and the exciting climbing opportunities afforded by the mountains and volcanoes that surround it.
1. Discovering the City of Quito 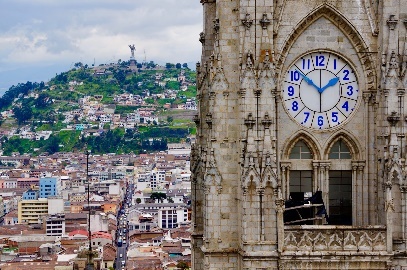 Admittedly, as soon as I landed in Quito, my head started spinning. Sitting in between peaks of the Andes Mountains, the city was at a whopping 9,350-foot-high elevation, making it a bit tough to breathe. I stocked up on water and took things slowly.
One of my favorite ways to explore a city and get my bearings in a new place: a small group tour.
Our first stop was the largest neo-Gothic church in the Americas, the Basílica del Voto Nacional, which was started in 1892 and is technically still incomplete (legend has it the world will end once it’s finished!). While its little details, like the tortoises and iguanas instead of gargoyles, delighted our group, it was the climb up a rickety ladder to the towers that truly impressed. We all encouraged one another as we reached the top and were rewarded with sprawling views of the churches’ towers and cityscape. 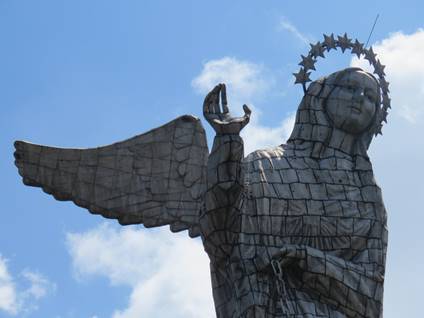 After winding through the city, including stops at Confeiteira El Gato for some traditional snacks, Mercado Central for naranjilla juice with coco for a mere $2, and the lively colonial La Ronda street, we ended in the city center at Plaza de la Independencia.
One thing we didn’t get a chance to do was the TelefériQo gondola. The Quito cable car is one of the city's most popular attractions. When you take the 18-minute ride, you'll see why. It's a fairly cheap way to get access to incredible views (12,949 feet above sea level), but dedicated hikers can also use the teleférico to get to the starting point for a trek they'll never forget. The afternoon is a good time to avoid crowds.
2. Relaxing in the Termas Papallacta Hot Springs
Located about 50 miles southeast of the city in the Andean highlands en route to the Amazon rainforests, it’s not exactly a common day trip from the city. 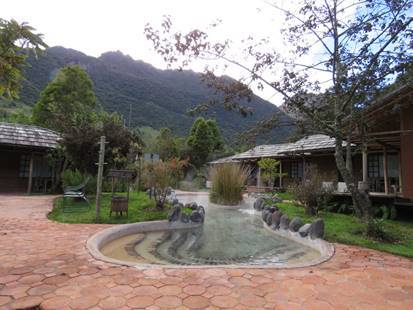 While I had been to plenty of other hot springs around the world, I had never quite been to a setting as stunning as Termas Papallacta. The privately-owned facility was conceived in 1994 by a group of six Ecuadorians who wanted to both preserve the location and bring a high-quality spa experience to area’s natural waters, containing beneficial sulfates, sodium, calcium, chloride and bits of magnesium.
We had the privilege of spending one night in the poolside cabins, stepping off our porches into a paradise of calm. There are five thermal pools with varying hydro jets and a polar pool, all tucked within the landscape mixing the majestic ridges and the lush rainforest. It was exactly what I pictured Eden to look like.
You can also book a relaxing massage at the spa, enjoy an amazing meal at the on-site restaurant and enjoy the beautiful hiking trails around the property.
3. Venturing to the equator – and beyond 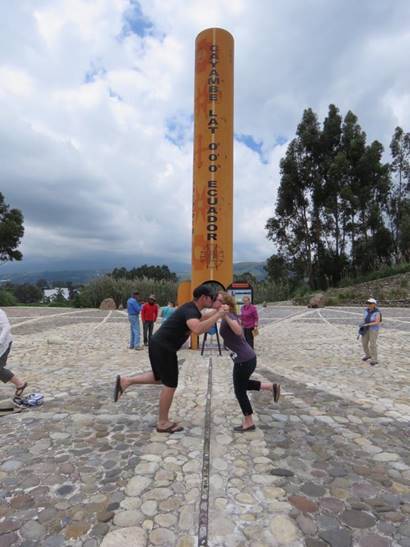 One of the geographical wonders of Quito is its proximity to the equator. But such a hefty responsibility comes a serious debate over where the actual equator line sits. The largest monument is called Mitad del Mundo (Middle of the World), however, it’s not exactly where the equator sits.
Built in 1979, the monument was constructed where scientists marked it in 1736, but in actuality, it’s not located there. 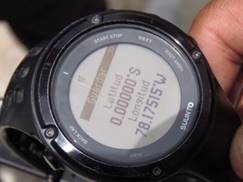 When we arrived, the lack of tourists at this spot in Cayambe definitely made it feel like this might be the real deal, but it was still questionable. Turns out, we were at Quitsato, a large sundial that also celebrates zero latitude. We posed with the giant yellow marker and did all the necessary Instagram-friendly poses on both sides of the line. While the debate continues as to where the actual spot is, some say that the entire region is the equator.